The winner of the greatest number of Stanley Cups

The speed of the fastest slapshot

Do you know the record for the fastest slapshot in hockey? This is Bobby Hull and his greatest speed registered was 118 miles per hour.

If you are following the events of the NHL, you certainly should know about one of the most successful player with the greatest number of points received during a single game. This person is Darryl Sittler who received ten points on February 6, 1976. On that day, Darryl was assisting his team which was Toronto Maple Leaves. The rival during the game was the Boston Bruins.

The exact score was the following: there were five assists and five goals made by Darryl.

The player with the greatest record of the NHL

When it comes to the current record regarding the largest number of the records of the NHL, the player with such achievements is Wayne Gretzky. He has 61 records.

The NHL player with 100 points

There are particularly successful players of the NHL who score lots of points during one season. The very first person who managed to score a hundred of points during the same season was Phil Esposito who played for the Boston Bruins. This happened in 1969.

The NHL and women

Hockey used to be a kind of sport heavily occupied by male players for quite a long time. In 1992, there was finally the first woman playing in the NHL. This woman was Manon Rhéaume who was the goalie of the Tampa Bay Lightning.

The largest number of goals in the NHL

Jon Malon was the legendary player of the NHL with the greatest number of goals. He managed to score seven times on January 31, 1920 during the play between the Toronto St. Pats and the Quebec bulldogs.

The team with an especially great number of Hall of Famers

When a team has a Hall of Famer, it is a great team. Can you imagine a team, which turns out to be the one which has not only a single person who will get to the Hall of Fame, but twelve of them? This sounds unbelievable but there is such a team! Twelve players of the 1956 Montreal Canadiens became Hall of Famers.

The greater number of points scored by a defenceman

When it comes to the most successful defencemen, you certainly should know about Paul Coffey who played for the Edmonton Oilers. Paul Coffey set an NHL record scoring 37 points during the playoffs of 1985.

Today, there is nothing strange for professional athletes including hockey players to have contracts which overcome a million of dollars. Yet, it was not like that all the time.

The very first player of the NHL who managed to get such a contract was Bobby Orr. His contract was signed with the Boston Bruins. This contract stretched for five years and paid Bobby $200,000 every season.

The largest hockey arenas of Canada 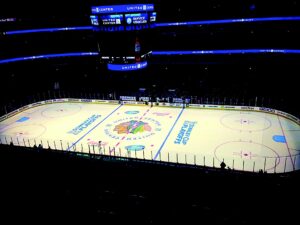 The leading countries in hockey you might not be aware of 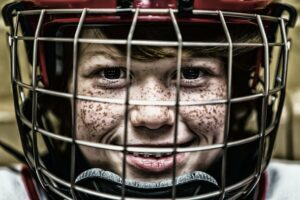 The top five largest hockey arenas of the world

The top five largest hockey arenas of the world

Important facts about the wins in the hockey games